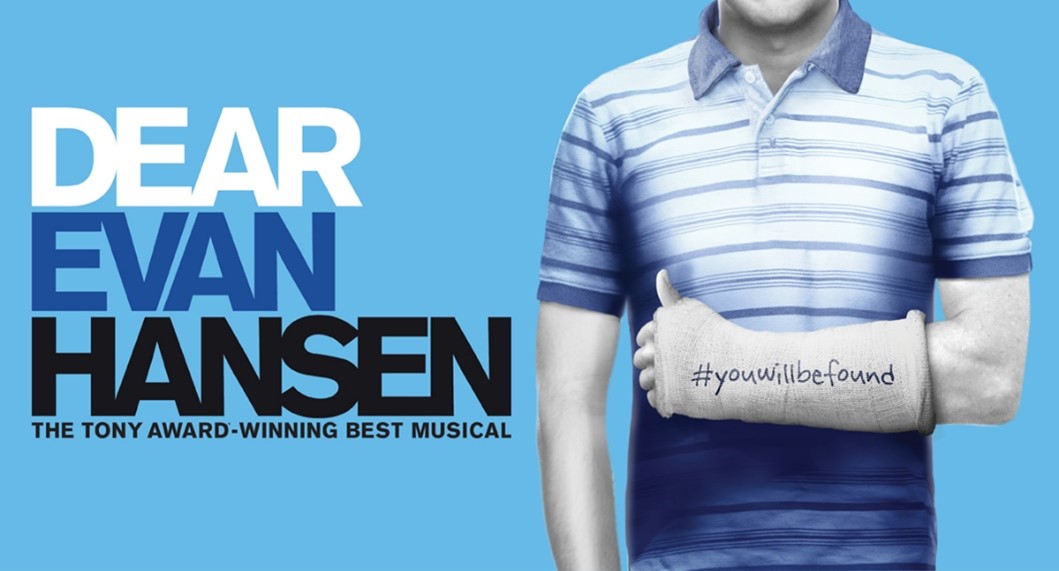 A letter that was never meant to be seen, a lie that was never meant to be told, a life he never dreamed he could have. Evan Hansen is about to get the one thing he’s always wanted: a chance to finally fit in. Dear Evan Hansen is a deeply personal and profoundly contemporary musical about life and the way we live it. The New York Times calls it “a gut-punching, breathtaking knockout of a musical.” and NBC Nightly News declares the musical “an anthem resonating on Broadway and beyond.”

Declared “One of the most remarkable shows in musical theater history” by the Washington Post’s Peter Marks, Dear Evan Hansen opened at the Music Box Theatre to rave reviews on Dec. 4, 2016, where it broke all box office records and struck a chord with critics and audiences alike. It went on to win six 2017 Tony Awards, including Best Musical, the Drama League Award for Outstanding Musical Production, two Obie Awards, a Drama Desk Award, two Outer Critics Circle Awards and two Helen Hayes Awards.

The show launched its First North American Tour at the Buell Theatre in Denver, Colorado, in October 2018 and has since performed in more than 40 cities across North America playing for more than 1.5 million audience members. The West End Production of Dear Evan Hansen opened at the Noël Coward Theatre in November 2019 and recently won the 2020 Olivier Award for Best New Musical, along with two other Olivier Awards. The show’s now-iconic blue polo and arm cast are part of the permanent collection of the National Museum of American History in Washington, DC.

The Grammy Award-winning Original Broadway Cast Recording of Dear Evan Hansen, produced by Atlantic Records, was released in February 2017, making an extraordinary debut on the Billboard 200 and entering the chart at #8 – the highest charting debut position for an original cast album since 1961 – and went on to win the 2018 Grammy Award for Best Musical Theater Album.