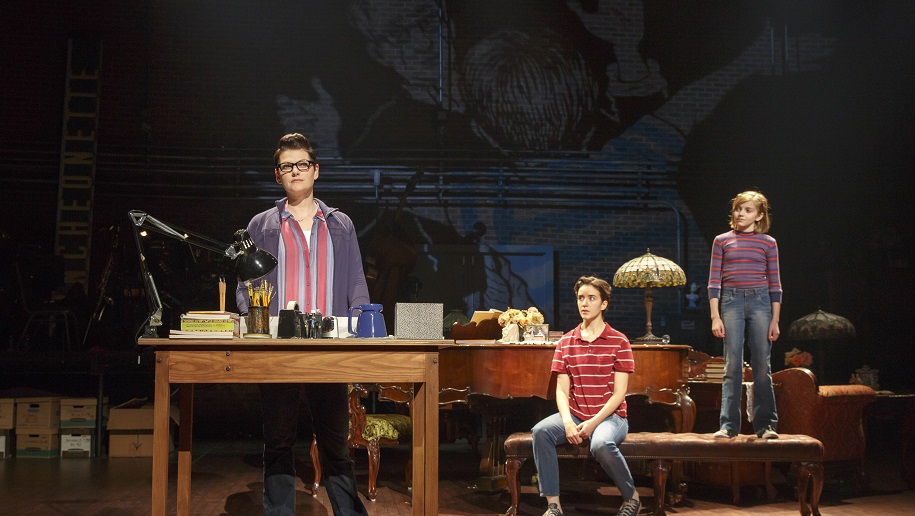 Fun Home introduces us to Bechdel at three different ages as she explores and unravels the many mysteries of her childhood that connect with her in surprising new ways. A finalist for the Pulitzer Prize, Fun Home is a refreshingly honest, wholly original musical about seeing your parents through grown-up eyes.

Fun Home was the event of the 2015 Broadway season, receiving raves from critics and audiences alike, winning five 2015 Tony Awards including Best Musical and making history along the way as the first show written exclusively by women to win theater’s highest achievement. It was named to several major Top 10 lists including The New York Times, Associated Press, The New Yorker, Entertainment Weekly, BuzzFeed, The Daily Beast, The Chicago Tribune, The Hollywood Reporter, and more.

An uplifting musical drama of rare intensity, honesty and beauty. Fun Home speaks universally about BIG THINGS THAT MATTER: LIFE, LOVE, FAMILY, SURVIVING. It’s unconventional, to be sure, and musical theatre is better for it. – New York Daily News

Fun Home is a ground-breaking and unforgettable new musical that is bound to be a contemporary classic, says Kathleen O’Brien, TPAC’s president and chief executive officer. “Lisa Kron and Jeanine Tesori have crafted a truly moving and deeply honest portrayal of Alison Bechdel’s story in a piece of art that should resonate with audiences. They peel back the layers of complexity for this family and portray their raw emotion in a way that is rarely seen in the theater.”

Fun Home is the second production featured in the 2017-18 HCA/TriStar Health Broadway at TPAC season. Performance schedule, prices, and cast are subject to change without notice. The Broadway season is supported by the HCA Foundation on behalf of HCA and the TriStar Family of Hospitals, and media sponsors for the season include NewsChannel 5 and The Tennessean. Institutional sponsors for TPAC include Nissan North America and Coca-Cola. TPAC is funded in part by support from the Tennessee Arts Commission and the Metropolitan Nashville Arts Commission.

TPAC is an accessible facility that provides a variety of services including wheelchair accommodations, accessible parking, and assistive listening devices. Open captioning, American Sign Language, audio description, and large print and Braille programs are offered at the Sunday matinee performance of each Broadway series and Broadway special engagement. TPAC reminds ticket buyers that the only official place to buy tickets online is TPAC.org.