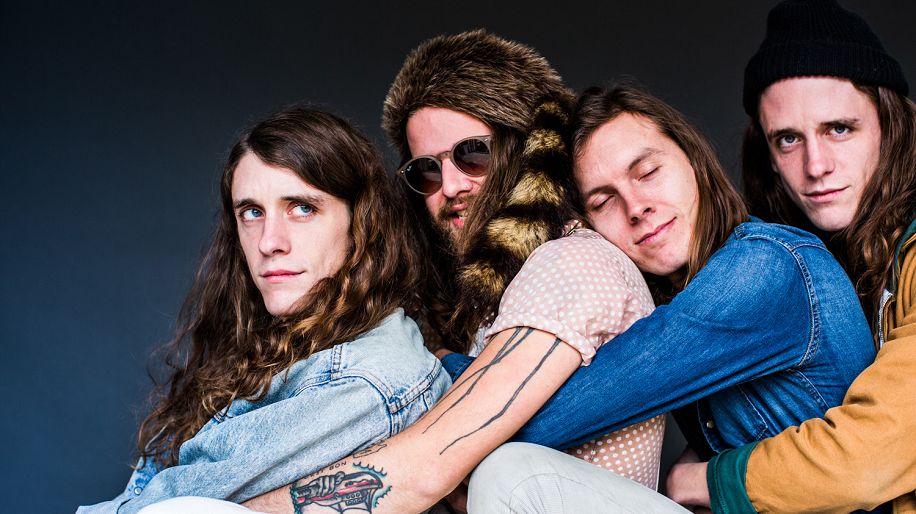 The Weeks have come a long way from their hometown of Florence, Mississippi.

“Growing up in a town with a population of about 4,000, I found the only other people like me and started a band,” says front man Cyle Barnes. “It is both the dumbest and most amazing decision I have ever made.”

Now natives of Nashville, the Southern Rock band’s rise to acclaim in the early 2010’s landed them on numerous international tours, both as support and headliners.

From Mississippi to Music city, Southern rockers ‘The Weeks’

For most bands these days, fame and success leads to change — and usually not the good kind.

But The Weeks haven’t forgotten where they come from and have managed to stay true to themselves. Their hair is still long, their clothes are still torn, and their sound still seems to be steeped in something smooth, sweet and distinctly Southern.

TPAC News Center caught up with the band during our latest Attic Session at the historic War Memorial Auditorium.

Started by twins Cyle and Cain Barnes when they were in their teens, The Weeks have been The Weeks for nearly half their lives.

“We know who we are,” says Barnes after a live acoustic performance on the WMA stage. “We’re a bunch of weird kids from the South, and we’ve never tried to be anything more than that.”

Raw and riff-heavy with a punk sensibility and just a pinch of country, The Weeks are made up of Cyle (lead vocals), Cain (Drums), Samuel Williams (guitar, vocals) and Damien Bone (bass) — who have all been friends since high school. The Mississippi boys signed to Kings of Leon label Serpents and Snakes in 2012 and immediately hit the road.

Oddly enough, even though the band moved to Nashville in 2011, it wasn’t until 2015 that the they were able to stay here for longer than a month due to their intense touring schedule. Averaging over 200 shows per year, the band’s currently coming off their fall tour for their fifth studio album, Two Moons, released earlier this year.

‘Two Moons’ by The Weeks

“We’re on tour a hell of a lot more than we’re off, that’s for sure,” Barnes continues. “But every time we get away for a while, we find ourselves scurrying back home.”

Recorded right here in Music City with Eric Masse (Rayland Baxter, Mikky Ekko, Robert Ellis), the album is “about weeding out the bad parts and negativity, so you can absorb and enjoy the little things that make us all human,” according to Barnes.

Getting their name with hits like Mississippi Rain, Brother in the Night and Buttons, The Weeks have been frequent flyers of the country’s ever-expanding music festival scene: including headlining sets at Bonnaroo, Wakarusa, Firefly, Shaky Knees and Hangout festivals.

At a time when many rock bands are looking to their pedal boards, “shoegazing” for inspiration, these dudes ooze with a unique stage presence (Cyle’s eyes roll into the back of his head as if he were a man possessed).

Needless to say, band members say their “just happy to be in one place,” after wrapping up their fall tour — which kicked off in August the same place they did, Mississippi.

So, what’s next for The Weeks, you ask?

“What’s next is always what was before — more of the same, more music,” says Williams. “We sort of let things happen as they will.”

About The Attic Sessions

For almost a decade, TPAC’s historic War Memorial Auditorium has been home to The Attic Sessions, a series of short films featuring intimate discussions with emerging artists and touring musicians. In these candid documentaries, artists perform acoustic versions of their songs and share the stories behind their song craft and inspirations. The songwriting process has long been a foundation of Nashville’s diverse music scene, and The Attic Sessions is another way in which War Memorial Auditorium contributes to the city’s iconic artistic roots.