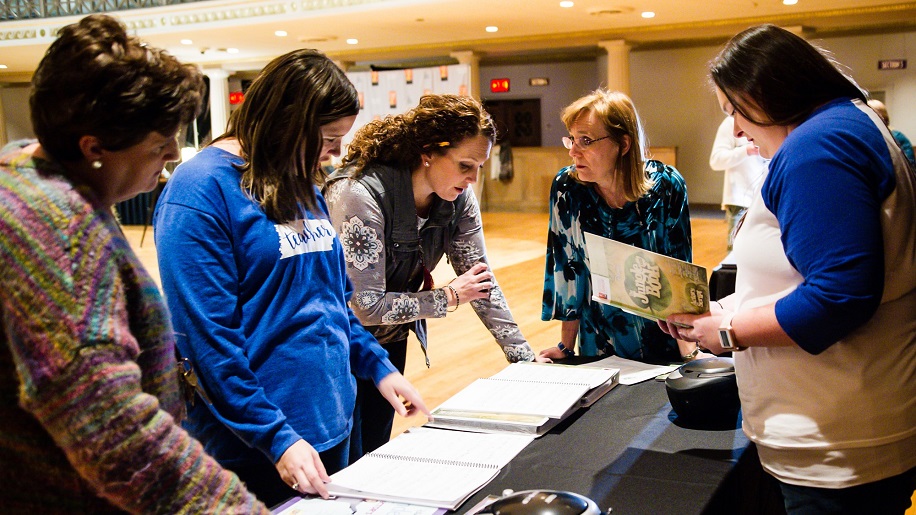 For the first time since launching a pilot Disney Musicals in Schools program in 2011, TPAC is expanding the after school theatre program to students and educators in rural Tennessee communities, inviting two elementary schools in Bedford Country to participate.

This is the eighth year of the partnership between Disney Theatrical Productions, Metro Nashville Public Schools and TPAC since the first pilot outside of New York City was launched here in 2011.

The selected schools will begin a 17-week musical theater residency in January. Each school will receive performance rights, education support materials and guidance from two TPAC teaching artists. The program also features a professional development focus, through which participating school teachers partner with teaching artists to learn how to produce, direct, choreograph and music direct, culminating in their first 30-minute Disney KIDS musical at their school.

As a capstone to the experience, TPAC will host a Student Share Celebration in which each school performs one number from their show on stage at TPAC’s Jackson Hall for an audience of students, teachers, family, and community members.

“All of our new schools are excited about their opportunity to take part in the program and eager to produce their own musicals with support from Disney Theatrical Productions and TPAC,” said Kristin Horsley, TPAC Senior Director of Education Outreach.

“We’ve seen how Disney Musicals in Schools encourages curiosity and collaboration while improving literacy, increasing self confidence and building community among students, teachers and family members,” Horsley added. “We’re also excited about the expansion and thrilled by the reception we’ve received in Bedford County where the teachers and administrators see great potential for positive impacts in their communities.”

During the previous seven years, 40 Metro Nashville Public Schools have successfully participated in the program, with 5,576 students and nearly 200 teachers working together to create a culture of musical theater at their schools.

Disney Musicals in Schools was launched in 2010 in response to Disney Theatrical Productions’ concern that under-resourced public elementary schools were not afforded equitable access to the arts. After successfully offering the program in New York City schools, Disney Theatrical Productions began partnering with organizations in other communities across the United States.

Disney KIDS musicals, created in partnership with Music Theatre International (MTI), are 30-minute musicals designed for elementary school performers and have been adapted from the classic Disney films 101 Dalmatians, Aladdin, The Aristocats, Cinderella, The Jungle Book, The Lion King, and Winnie the Pooh.

The CMA Foundation has provided financial support for the local program since 2013.

“At the CMA Foundation, we continue to look for partners who are finding new and unique ways to reach students and engage them with music in school,” says Tiffany Kerns, Executive Director of CMA Foundation. “We see the impact that Disney Musicals In Schools creates through their incredible program as not just an entry point for students who may not have found their voice yet, but also as a way to help with personal expression, build self-confidence and promote collaboration and leadership – all extremely valuable life skills. This program allows all students the opportunity to shine on stage, and we are proud to be able to help them expand, grow and reach more and more students.”

Disney Theatrical Productions (DTP) operates under the direction of Thomas Schumacher and is among the world’s most successful commercial theater enterprises, bringing live entertainment events to a global annual audience of more than 20 million people in more than 50 countries. Under the Disney Theatrical Productions banner, the group produces and licenses Broadway productions around the world, including Beauty and the Beast, The Lion King, Elton John & Tim Rice’s Aida, TARZAN®, Mary Poppins, a co-production with Cameron Mackintosh, The Little Mermaid, Peter and the Starcatcher, Newsies, Aladdin, and Frozen.  Other successful stage musical ventures have included the Olivier-nominated London hit Shakespeare in Love, stage productions of Disney’s High School Musical, Der Glöckner Von Notre Dame in Berlin, and King David in concert.  DTP has collaborated with the country’s leading regional theaters to develop new stage titles including The Jungle Book, The Hunchback of Notre Dame and Freaky Friday.

Music Theatre International (MTI) is one of the world’s leading theatrical licensing agencies, granting theaters from around the world the rights to perform the greatest selection of musicals from Broadway and beyond. Founded in 1952 by composer Frank Loesser and orchestrator Don Walker, MTI is a driving force in advancing musical theater as a vibrant and engaging art form. MTI works directly with the composers, lyricists and book writers of these musicals to provide official scripts, musical materials, and dynamic theatrical resources to over 70,000 professional, community and school theaters in the US and in over 60 countries worldwide. MTI is particularly dedicated to educational theater, and has created special collections to meet the needs of various types of performers and audiences. MTI’s Broadway Junior™ shows are 30- and 60-minute musicals for performance by elementary and middle-school-aged performers, while MTI’s School Editions are musicals annotated for performance by high school students.