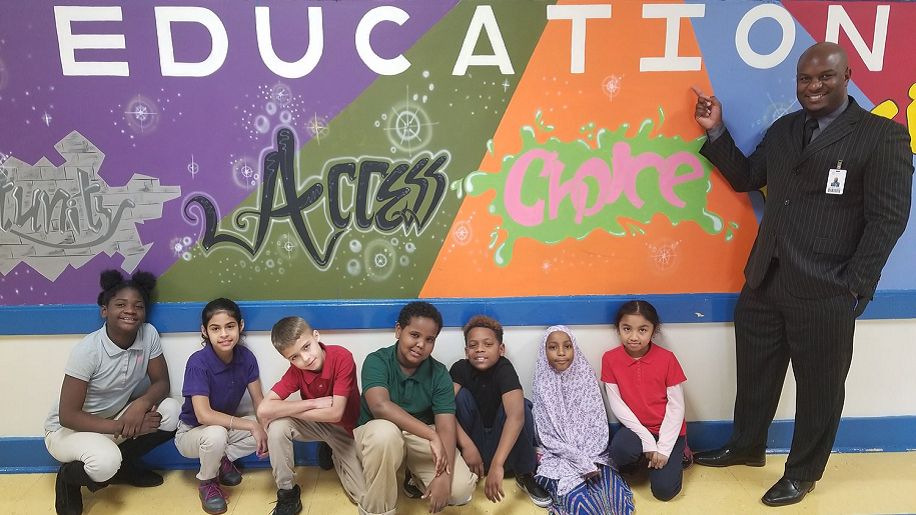 ArtSmart: Investing in students, teachers, and the community

When Warner Elementary School became an Arts Magnet school in 2018, it was only a matter of time before leaders of the East Nashville school found a willing and able community partner in Tennessee’s performing arts center.

As a result, TPAC is helping educators introduce a new style of learning for students in one of Tennessee’s lowest-performing schools — where 93% are considered economically disadvantaged.

Founded in 1892 and one of the oldest schools in Metropolitan Nashville Public Schools, Warner serves as the district’s only magnet elementary school for the arts.

“We believe everything builds through the arts,” says principal Ricki Gibbs. “So often students from economically disadvantaged backgrounds get so drilled down with literacy and numeracy, that schools normally push the arts to the side.”

Warner is one of nearly a dozen public schools from across Middle Tennessee participating in ArtSmart, TPAC’s initiative to enter classrooms with arts-integrated learning for both students and teachers. Led by teaching artists, these sessions prepare students to get the most out of a selected performance from TPAC’s HOT Season for Young People, which welcomes close to 40,000 school children into its theaters for special performances each year.

Funded by TPAC patrons and donors, ArtSmart seeks to give students in underserved communities more opportunities to stimulate their imagination, develop critical thinking skills, and strengthen learning in other subjects. In the process, they support working artists. Last school year, the program reached 1,570 students in 11 Tennessee counties and one in Alabama.

Warner students get up and move in the school’s dance studio.

Arts education has steadily declined in America since the 1980s amid increased emphasis on testing-based accountability. But researchers are now finding what Dr. Gibbs already knows — that arts-based learning experiences not only improve writing skills but also reduce disciplinary infractions and boost students’ empathy and compassion for others.

“We found that through arts integration in our classrooms, our boys and girls are more engaged during instruction and less likely to have disciplinary issues,” Gibbs says.

As for academics, Warner recently earned top scores for academic growth, meaning that students gained more than a grade-level’s worth of learning last school year. In fact, the school demonstrated some of the highest literacy growth for economically disadvantaged students in the entire state.

The programs, partnerships, and cosmetic improvements (including a full-size professional dance studio) are the result of being awarded the federal Magnet Schools Assistance Program (MSAP) grant in 2018. In all, five Nashville public magnet schools received a share of the $15 million turnaround grant to become STEAM Magnet schools, each highlighting one STEAM area.

Not bad for a once-crumbling inner city school.

Gibbs and his team work to maximize the grant funding that comes with being an Arts Magnet school to create interactive educational experiences for students — something that TPAC knows a thing or two about.

When Warner students attended a play about Rosa Parks this fall at TPAC, the experience was the crescendo of weeks of creative learning about the civil rights icon led by TPAC teaching artist Alison Brazil.

With teaching artist guidance, the youngsters told Rosa’s story through original song lyrics and dance moves. They were prepared to connect with the HOT show Walk On: Rosa Parks the moment the curtain rose in TPAC’s Polk Theater.

“We sing, we dance, we move, and the kids get to close the books and engage with these challenging subjects on a deeper level through the arts,” Brazil says. “Then when they see the show, they get more out of the performance because they are more interested.”

Warner students act out the roles of ‘Walk On: Rosa Parks’

Using a guitar, a calming bilingual vibrato, and a big trunk filled with handheld instruments, Brazil says it all comes down to giving teachers the resources and techniques they need to make a difference in the lives of children.

“The arts have a way of getting into really deep issues,” explains Brazil, who taught 4th grade at a school in Honduras before moving Nashville. “There’s something about art that makes deep issues more palatable. It’s a common language that levels the playing field to think things we may not normally think.”

One of these teachers is Dr. Nikki Hughes.

When she saw the effect that ArtSmart had in her classroom at Warner, Hughes “was all in.”

“Seeing the eyes on my students faces light up and seeing them connect with these immersive activities and lessons Allison did was inspiring for me,” she says. “I believe it’s so important to have that deeper connection with students, to really listen and understand them.”

Arts-integration in schools allows students to close the books and think creatively.

For someone who’s worked as a teacher for MNPS since 2000, she clearly sees the impact this program has on her students in terms of engagement and comprehension.

“I saw them make deeper connections with what was going on during the time period of Rosa,” Hughes says. “By integrating the music, the sing-alongs and the movement, the discussions improve. The shy kids that never talk come out of their shell and become part of the moment.”

A main component of ArtSmart is the collaborative relationship between teaching artists and the faculty. This culminates through the summer teacher training institutes, which give teachers the rare opportunity to become learners themselves.

“They’ve already been teachers, but they get to remind themselves what it’s like to learn,” says Brazil, who participated in the institutes as a teacher at Nashville’s Glencliff High School before becoming a TPAC teaching artist herself.

There, Brazil taught Spanish, music and dance for 10 years before joining the ArtSmart team.

“I remember they were the only professional development that made any sort of sense to me because it was so experiential and hands on,” Brazil continues. “There’s a light bulb that clicks as you do it yourself. You feel as the learner feels.”

Light bulbs are clicking on for the students, too.

“I like that I get to sing and dance at school now,” says fourth-grader Kai Carr.

Ultimately, that’s what TPAC’s community partnerships are all about — to uplift and inspire through the arts. At schools like Warner, it means that children get to imagine possibilities beyond their neighborhoods.

“I can’t believe [the performers] get to sing and dance for their jobs even though they’re grown-ups,” Kai said after watching Walk On: Rosa Parks. “I hope I get to.”