In recognition of the generous community support received since closing its theaters earlier this year, TPAC will present a world premiere virtual event of a newly filmed production of Charles Dickens’ A Christmas Carol as a free, virtual presentation for the holidays with additional support by Delta Dental of Tennessee.

Free reservations for Charles Dickens’ A Christmas Carol are available at TPAC.org starting on Friday, Dec. 4, at 10:00 a.m., and the film will be available to watch Dec. 11-31 via the TPAC website. This is a reservation only event. No tickets will be distributed. Details on how to access this filmed event will be included in the order confirmation.

Closing its theaters in March 2020 to protect the safety of artists, patrons, and staff, TPAC is experiencing the longest intermission in programming in its 40-year history. So far, more than 1,300 donors from 24 states have responded to support TPAC’s virtual programming, sustain its mission, and fund its recovery.

“We’re so grateful for the tremendous outpouring of support TPAC continues to receive from patrons donating their Broadway season tickets to longstanding corporate partners stepping up to lead fundraising for an extended recovery,” says Jennifer Turner, TPAC President and CEO. “We wanted to give back in a meaningful way and, as always, the arts offered a solution. We hope this gift of A Christmas Carol will bring joy, inspiration, and connection through the arts to all this holiday season.”

Filmed for the first time this fall, Cabus’ adaptation is also available virtually for free on TPAC’s annual Season for Young People 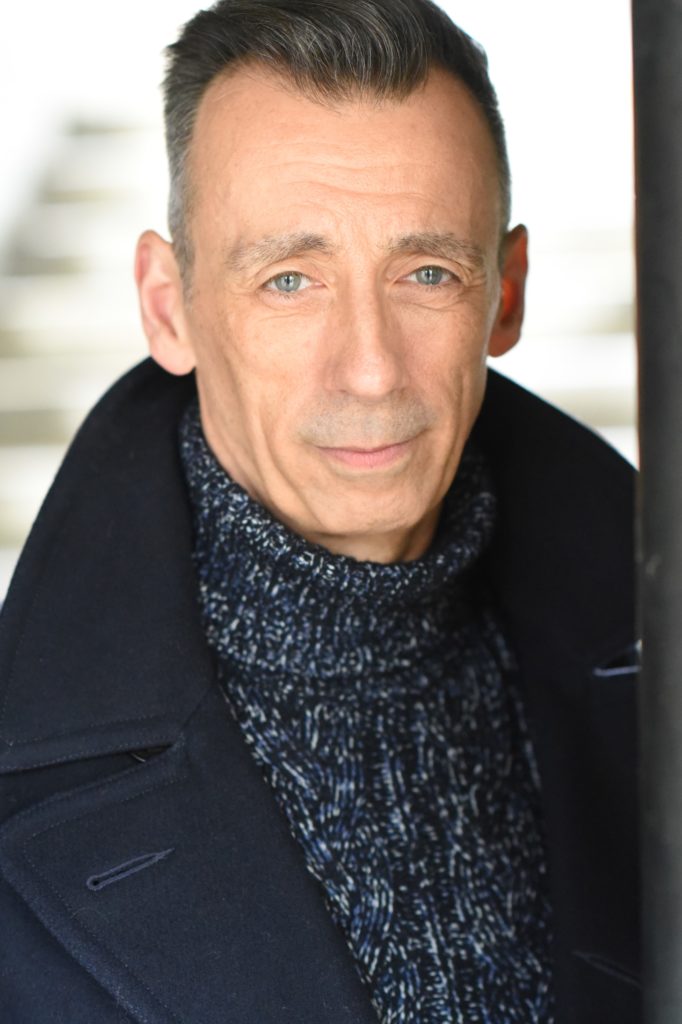 Using Dickens’ original text, Cabus has performed his critically acclaimed adaptation for more than 20 years to tens of thousands of students and adults, including on TPAC’s annual Season for Young People. This year, TPAC will present the virtual production for free to almost 18,000 students and adults in 52 counties across Tennessee.

“Mark Cabus is a Nashville treasure, and TPAC has been proud to present his adaptation of A Christmas Carol to students for years,” says Roberta Ciuffo-West, TPAC’s Executive Vice President for Education and Community Engagement. “When we began looking for ways to engage students virtually, we found in Mark an energetic partner ready to dive in. After ensuring we could provide it free to schools across the state, we wanted to make sure others had the opportunity to experience Mark’s performance and the story’s timeless message.”

Adapted by Cabus and produced in association with RightBrainLeftBrain Entertainment, A Christmas Carol also features a new score by GRAMMY® Award winning songwriter and composer Mike Reid. The film is produced by Clarke Gallivan, Coke Sams, and Dona Spangler and directed by Coke Sams and Clarke Gallivan.

“The holidays are my favorite time of year. The fellowship of friends, family, giving, and love – the message of peace on Earth – is universal,” says Cabus. “While I wish I were performing A Christmas Carol in person again this season, I’m so delighted to be able to spread some Christmas spirit with this special filmed performance, and I wish everyone the happiest of holidays.”

About the Creative Team

Mark Cabus (Writer, Producer, Director, Actor) – A show business professional of 49 years, Mark Cabus is a skilled actor, director and writer classically trained in England, New York and Washington, D.C. While having performed all over the world, he is recognized in the Southeast for his work with the Alliance Theatre, Georgia Shakespeare, Theatrical Outfit, Actors Express, Horizon Theatre, the Clarence Brown Company, Nashville Repertory Theatre, Nashville Shakespeare Festival and his own theatre, Naked Stages. Twice, The Tennessean and Nashville Scene honored Cabus as Best Actor and Director. His film and television credits include the Oscar-nominated Selma, Nicholas Sparks’ The Longest Ride, True Detective (HBO), The Resident (FOX), and TURN: Washington’s Spies (AMC). An educator of merit, Cabus currently serves on the faculty of Belmont University. He has taught under the auspices of both Vanderbilt and Emory universities, the Brooklyn Arts Council, the Digital Arts and Cinema Technology School of Cobble Hill, the Georgia Shakespeare Summer Conservatory, the Tennessee Governor’s School for the Arts, and the Nashville Film Institute. He served as a guest lecturer and teaching artist at the University of the South, the Alliance Theatre, and with Tennessee Performing Arts Center. As a Director of Education, he spearheaded programs at Atlanta’s Theatrical Outfit and Nashville’s Green Room Projects. He is recognized as both a Tennessee Arts Commission/Ingram Industries Individual Artist and a Tennessee Williams Fellow. Over 21 years, more than 28,000 people have thrilled to his critically-acclaimed and publicly-celebrated original solo performance of Charles Dickens’ A Christmas Carol – a longtime holiday favorite.

Clarke Gallivan (Film Producer/Director) – Clarke Gallivan is a Nashville-based producer with more than 30 years of diverse experience. From 2000 to 2016, she served as president of the successful, long-running film production company, RuckusFilm leading the company through two decades of robust growth – developing a roster of creative talent and overseeing multiple production teams throughout the U.S. and abroad. She had a hand in creating award-winning content for artists and brands like Dolly Parton, Little Big Town, Johnny Cash, Alan Jackson, Dierks Bentley, FedEx, Wrangler, Applebee’s and Mountain Dew. Gallivan’s feature film producing credits include Existo (with Jim Varney and Bruce Arntson), The Second Chance (with Michael W. Smith), Billy The Early Years (with Armie Hammer and Martin Landau), Blue Like Jazz (with Marshall Allman, Claire Holt and Eric Lange), Reel Love (with LeAnn Rimes and Burt Reynolds), The Identical (with Ray Liotta, Ashley Judd and Seth Green), and Roll With It (with Chonda Pierce, McKaley Miller and Judith Hoag). Gallivan and her partner, Coke Sams, now run RightBrainLeftBrain Entertainment.

Coke Sams (Film Producer/Director) – A member of the Writers Guild of America and the Directors Guild of America, Coke Sams is a screenwriter, director, producer and full-time filmmaker for more than 40 years. A graduate of Vanderbilt University, Sams is a co-founder and partner of the long-running, Nashville-based film production company, RuckusFilm. He has worked with Walt Disney Pictures, Touchstone Pictures, Paramount Pictures, HBO, Showtime, Imagine Entertainment, Castle Rock Entertainment, CBS Television, Syfy Channel and more. Currently, he is a partner with Clarke Gallivan in RightBrainLeftBrain Entertainment, which was formed to create, develop and produce revolutionary content for the 21st Century.

Mike Reid (Score Composer) – Mike Reid has enjoyed a distinguished career in music and sports that began with a successful collegiate and professional football career before retiring from the Cincinnati Bengals in 1980. Receiving his degree in music from Penn State University, Reid then pursued songwriting in Music City scoring his first number one County hit song with “Inside” by Ronnie Milsap. Since then, Reid has composed more than 30 Top 10 Country and Pop hits with 21 records hitting number one on the charts. Receiving the ASCAP “Songwriter of the Year” award, he won a GRAMMY® for the song “Stranger in My House” and has had his songs recorded by a variety of Pop, Broadway, Blues and Country greats such as Bonnie Raitt and Prince (“I Can’t Make You Love Me”), Willie Nelson, Bette Midler, Etta James, Trisha Yearwood and many more. Receiving much acclaim for his dance and piano trio compositions, Reid received The Governor’s Award for the Arts in Tennessee for his work on Quilts, a modern dance piece and for commissioned pieces for The Kandinsky Trio of Roanoke, Virginia, which includes The Cantankerous Blacksmith, Eye of the Blackbird and most recently a setting of the Billy Collins poem The Night House. Reid has collaborated with librettist Sarah Schlesinger on several projects including Different Fields, a one-act opera commissioned by the Metropolitan Opera Guild and Memphis Opera that premiered at The New Victory Theatre on Broadway, and the musical The Ballad of Little Jo, which received a Richards Rodgers Foundation Award. Reid divides his time between Nashville and New York City.

Dona Spangler (Film Line Producer) – Dona Spangler is a Line Producer and Production Manager for film and television based in Nashville. She graduated from the University of Kentucky and Queen Mary’s College at University of London with a degree and advanced studies in English & Comparative Language. Prior to moving into film and television, she was Managing Director of a successful Los Angeles music publishing company and a Director of Repertoire at ASCAP where she co-produced ASCAP LA Pop Awards. Additionally, Spangler spent several years in artist management and marketing, coordinating Farm Aid IV and other benefit concerts in Los Angeles, New York, Chicago and Nashville. In 1998, she moved into film and video, producing more than 75 music videos for artists including Taylor Swift, Leann Rimes, Steven Tyler, Loretta Lynn and Jack White. In 2001, she expanded into feature films, beginning with The Last Castle. As of 2020, she has worked in production on 24 films including 42 (Chadwick Boseman, Harrison Ford), Boulevard (Robin Williams), and Stoker (Nicole Kidman). She continues to work in various roles as a freelance production person in film and music.

TPAC’s Season for Young People is made possible by Regions. Institutional sponsors for TPAC include Nissan North America and Coca-Cola. TPAC is funded in part by support from the Tennessee Arts Commission and the Metropolitan Nashville Arts Commission.