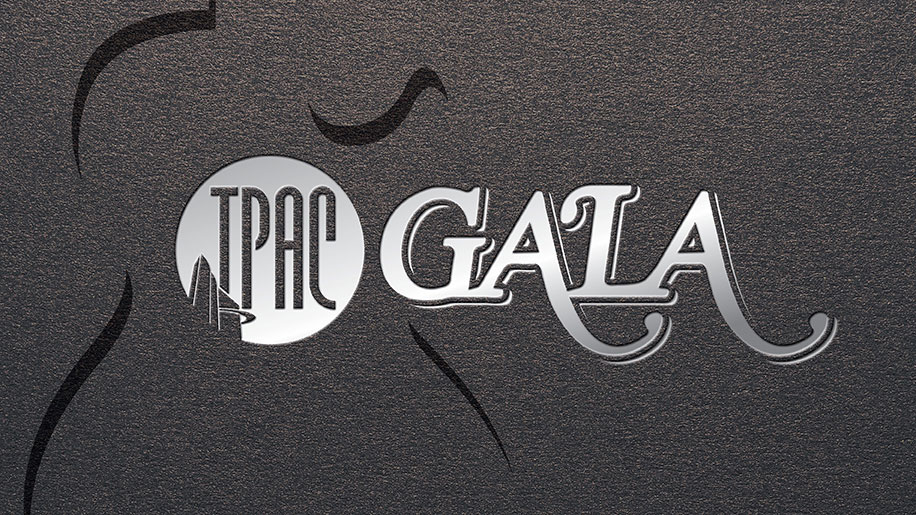 “In addition to the experience of a live performance, the magical impact the arts have on our lives can come in many unique ways, often before someone ever takes the stage. Applied to learning at all ages, the arts build empathy and collaboration, transform classroom engagement, and unlock understanding, critical thinking and overall development,” said Kathleen O’Brien, TPAC President and Chief Executive Officer. “We’re proud to present two awards, one for an organization and one for an individual, that honor decades of commitment to the idea that arts access and arts education are essential to the enrichment and success of our community.”

For 30 years, Bridgestone Americas has supported TPAC through the Bridgestone Americas Trust Fund, helping to defray the cost of tickets and transportation for students to attend world class performances on the Humanities Outreach in Tennessee’s Season for Young People. In addition, Bridgestone regularly has sponsored TPAC Gala and, since 2010, provided valuable guidance on TPAC’s Board of Directors.

“We’re honored to be recognized with the Applause Award and for the opportunity to support such a great organization,” said Christine Karbowiak, Chief Administrative Officer, Chief Risk Officer and Executive Vice President for Bridgestone Americas and a TPAC Board Member since 2010. “TPAC is a wonderful asset to the Middle Tennessee area that broadens horizons and provides engaging programming and educational experiences for our community. It’s been our pleasure to support TPAC and watch the organization become a true arts and cultural treasure for our region.” 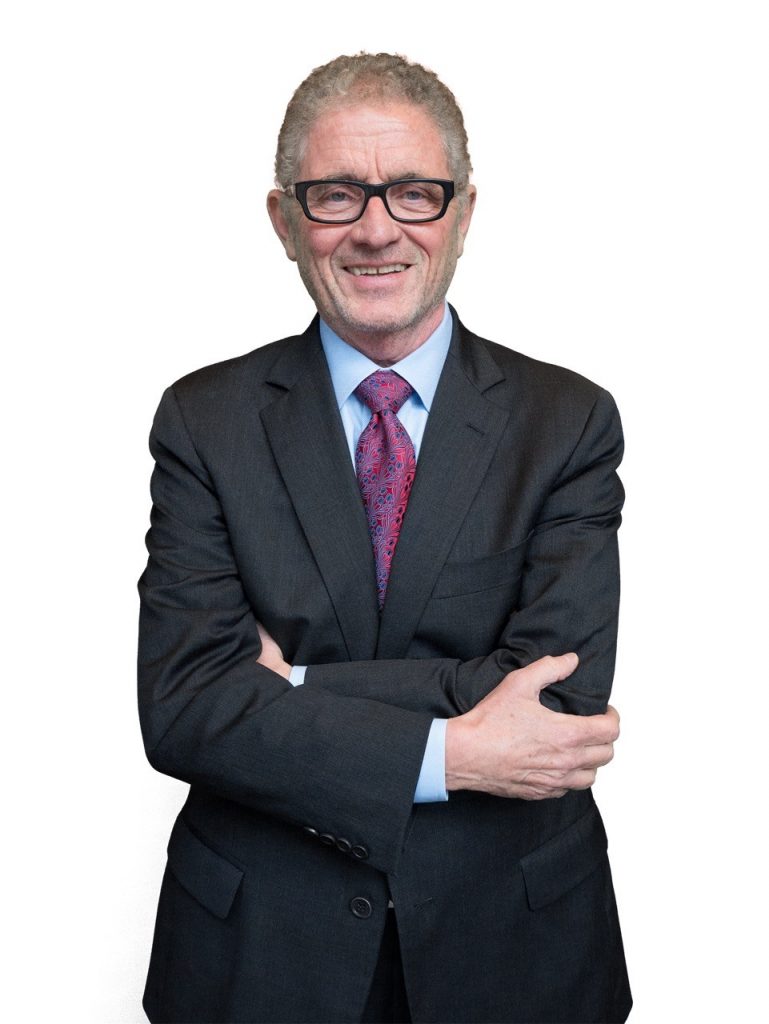 Cody, the former Executive Vice President and Chief Operating Officer of Broadcast Music, Inc. (BMI) from 2006-2010, served on TPAC’s Board of Directors from 2007 to 2016, including two years as chairman from 2010 to 2012. During that time, his passion for the performing arts and his willingness to roll up his sleeves and dig into major projects like TPAC’s historic step to launch a national tour of “9 to 5” with Dolly Parton in 2010 was evident.

“Growing up in New York, my first experience with the performing arts was seeing ‘West Side Story.’ I was spellbound, and I still remember the experience. Whether on stage or in the classroom, TPAC creates moments like that every day in which audiences are transported to incredible places and student learning is transformed by the arts,” said Cody. “I’m proud of my role in helping TPAC expand its programming and take on new initiatives like launching the tour of ‘9 to 5.’ I’m honored to accept the Applause Award, and I look forward to new opportunities to support TPAC.”

In addition to celebrating the honorees, TPAC Gala, co-chaired this year by Micaela and Sam Reed and Katherine and Chris Spencer, is themed to the hit Broadway musical, “School of Rock,” which opens the 2018-19 HCA/TriStar Health Broadway at TPAC season with a one-week engagement Sept. 11-16.

Based on the hit film, “School of Rock” is a hilarious new musical that follows Dewey Finn, a wannabe rock star posing as a substitute teacher who turns a class of straight-A students into a guitar-shredding, bass-slapping, mind-blowing rock band. This “inspiring jolt of energy, joy and mad skillz!” (Entertainment Weekly) features 14 new songs from Andrew Lloyd Webber, all the original songs from the movie, and musical theater’s first-ever kids rock band playing their instruments live on stage.

A fun and theatrical benefit, TPAC Gala begins with cocktails and an online silent auction at 6 p.m. in the lobby of Andrew Jackson Hall, followed at 8 p.m. with the award presentation, a seated fine-dining experience on stage and post-event entertainment by Nashville School of the Arts.

This year, TPAC Gala also includes a Late Party, starting at 9 p.m. on TPAC’s Polk Theater stage with an open bar, appetizers, and entertainment by My So-Called Band. Tickets are $85 per couple, or $50 per person and available at TPAC.org.

For 30 years, Bridgestone Americas has supported Tennessee Performing Arts Center’s nonprofit mission with generous support for arts education programs like Humanities Outreach in Tennessee, subsidizing the cost of tickets and transportation for students. In addition, Bridgestone regularly has sponsored TPAC Gala and, since 2010, provided valuable guidance on TPAC’s Board of Directors. Founded in 1952, the Bridgestone Americas Trust Fund proudly supports a wide variety of important charities and civic organizations in the United States, particularly in communities its teammates call home. While contributions are made to more than 150 organizations each year, the Trust Fund focuses on organizations with missions supporting education, environment and conservation, youth development, and the welfare of children. Including national and local charities, the Bridgestone Americas Trust Fund has donated more than $12 million, impacting both national organizations and countless lives in 32 communities, in the past five years. The vision of its reinforced commitment to Corporate Social Responsibility (CSR), Our Way to Serve, is understanding that Serving Society with Superior Quality is its heritage and mission. Bridgestone embraces its responsibility as a global leader in its industries to employ its strengths to support communities and enhance the way people move, live, learn, and work.

In 1999, John Cody joined Broadcast Music, Inc. (BMI) as Senior Vice President and Chief Financial Officer; subsequently he was named Chief Operating Officer and later appointed Executive Vice President. Cody held the COO & EVP titles until his retirement in 2010. Before joining BMI, he was the VP/Controller of the Hearst Book Group and previously was VP/Finance & CFO for the U.S. headquarters of LM Ericsson. Cody served as a Board Director of legacy Gannett from 2011 until the separation (spin off in June 2015) and has since continued to serve as a Director of the new Gannett publishing company as Audit Committee Chair. Currently, he is a board member of Creative and Dreams Music Network, LLC, and served on the Tennessee Performing Arts Center Board of Directors from 2007 to 2016, including two years as chairman (2010-2012). Cody is a seasoned business leader with broad expertise in various management disciplines, along with wide ranging experience in the music broadcast, publishing and telecom industries from the various senior leadership positions he held with BMI, Hearst, and Ericsson. He received his undergraduate degree from Pace University and an MBA from Long Island University. He is a member of the American Institute of Certified Public Accountants, the TN Society of CPAs, the NYS Society of CPAs, the Delta Mu Delta business honor society as well as the Ernst & Young Tapestry group, which is comprised of Audit Chairs from major public companies. Cody is a veteran of the United States Air Force, where he served his country as a Communications Specialist with a top-secret security clearance, after completing six months of complex technical training at Sheppard AFB, Texas. Cody lives in Nashville with his wife, Eva-Lena, and their two rescue dogs. He enjoys spending time with his four children and their families, including five beautiful grandchildren, as well as skiing, hiking, traveling and the arts.