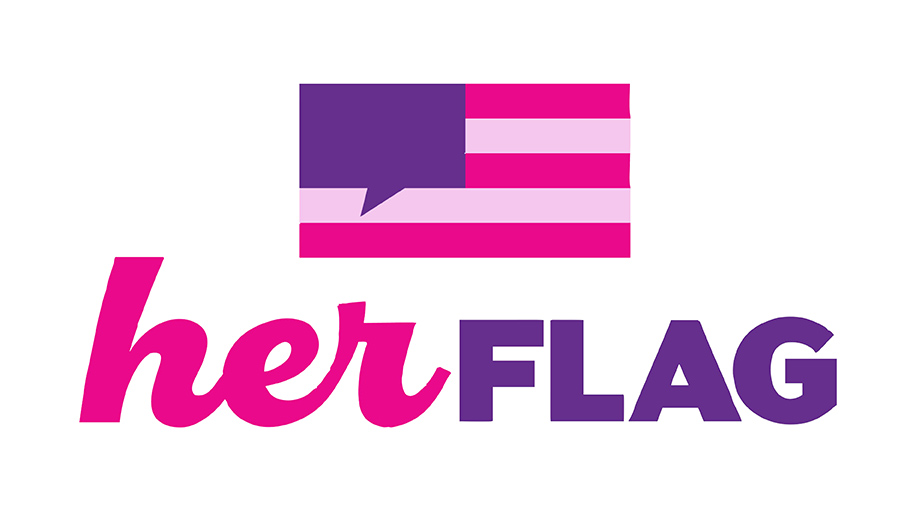 TPAC will host a virtual look-in and panelist discussion on the 19th Amendment as artist Marilyn Artus completes her nationwide travel and art project, Her Flag, at War Memorial Auditorium on August 18.

Artus, an Oklahoma City-based mixed-media artist and activist, began traveling in June 2019 to commemorate the amendment’s 100th Anniversary and the decades long, fight that won voting rights for women in the U.S. In collaboration with a woman artist from each of the 36 states to secure ratification, Artus has turned artwork inspired by the anniversary into stripes she sews onto what will be an 18 feet by 26 feet flag.

She traveled more than 20,000 miles and made it to Oregon, the 25th state to ratify the amendment, before she had to stop due to the coronavirus pandemic. Since, she has livestreamed the sewing of each stripe from her home in Oklahoma.

As Artus completes the project in War Memorial Auditorium, near the State Capitol where a historic tie-breaking vote made Tennessee the final and deciding state for ratification, TPAC’s Kristin Horsley will lead a panel discussion about the long fight for women’s voting rights and where it stands 100 years later.

Since 2003, after years of teaching and consulting in both Florida and Tennessee, Andrea Blackman has coordinated Nashville Public Library’s nationally recognized Civil Rights Room and Collection. During her tenure, she has led 10 successful oral history projects and managed the expansion of the library’s public programming. She serves on the Board of Directors for the Tennessee Immigrant and Refugee Rights Coalition (TIRRC) and the Tennessee Historical Records Advisory Board.

Debby Gould is the Vice President and State Advocacy Chair for the League of Women Voters of Tennessee. This non-partisan organization had its birth in the women’s suffrage movement 100 years ago. It continues its founding commitment of encouraging informed and active participation of citizens in government. Gould has more than 40 years of experience as an advocate for community engagement and quality public education having served as Executive Director of Nashville Public Education Foundation and holding positions at PENCIL Foundation, Peabody Research Institute of Vanderbilt University, and United Way of Tennessee. She is the immediate past president of the Nashville League chapter.

Rebecca Price is a public historian and museum professional with two decades of experience specializing in women’s history. In 2015, Price founded Chick History, a nonprofit organization dedicated to rebuilding history one story at a time by focusing on women’s history, original programming and community outreach. Chick History is committed to preserving and interpreting all women’s histories and experiences through its unique programs and community-driven projects. Price currently serves on the board of the Tennessee Association of Museums and was the founding co-chair of the Women’s History Affinity Group for the American Association for State and Local History.

An Oklahoma City-based mixed-media artist and activist who explores the female experience within her art making practice, Marilyn Artus has exhibited in museums and galleries across the country. She has worked as a curator, commercial artist, burlesque promoter, event planner and female artist mentor. She has created shows that explored the suffragist era in the U.S., paid tribute to an assortment of women in American history and, most recently, using the American Flag as a vehicle for feminist exploration. PHOTOS: Images of Her Flag, Marilyn Artus and Higgins Bond can be found here.

Higgins Bond has been a freelance illustrator and fine artist for more than 40 years. She earned a BFA Degree in Advertising Design from The Memphis College of Art. She has received many honors such as a medal of honor from Governor Bill Clinton, the 2007 Green Earth Award for illustrating “A Place For Butterflies,” and the 2009 Ashley Bryan Award for outstanding contributions to children’s literature. Her book, “A Place For Turtles” by Melissa Stewart, was the winner of the 2014 Green Earth Award and the Sigurd F. Olson Nature writing award for children’s literature. She has exhibited work at the Metropolitan Museum of Art, New York City, and the DuSable Museum of African-American Art in Chicago, Illinois. She is the illustrator of three Black Heritage stamps for the United States Postal Service and four stamps for the United Nations Postal Administration on endangered species. She is the first African-American woman ever to illustrate a stamp for the United States Postal Service* Many of her original images have been published by some of this country’s largest collectible plate companies. She also has illustrated over 40 books for both children and adults and created three paintings for the Great Kings and Queens of Africa poster series for Anheuser-Busch. She is a member of the Society of Illustrators and her clients include such notable names as: The Bradford Exchange, McGraw-Hill Publishers, Peachtree Publishers, The Franklin Mint, NBC Television, Hennessy Cognac, Essence and Black Enterprise magazines, Frito-Lay, and Columbia House.